Nothing can be more annoying than unknown leakage in the plumbing system. If you have recently spotted a water softener leaking, it’s better to figure it out as soon as possible to avoid any inconvenience in the future.

Remember, a water softener can leak anytime because everything that involves plumbing has a chance of leakage. Instead of getting worried, you should take some practical steps discussed in this article to solve the problem. 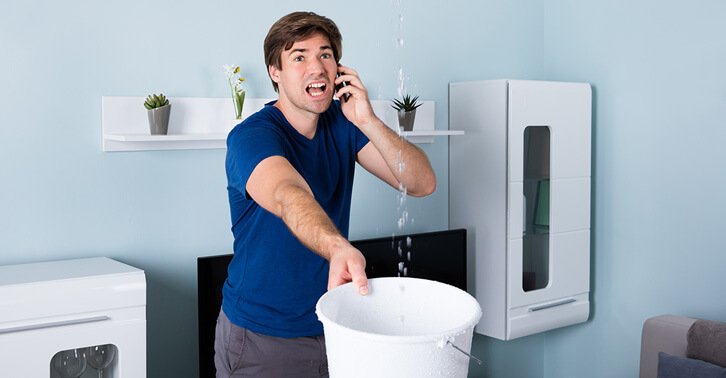 Water softener leaking bypass valve is one of the most common leakage problems in water softeners. You can easily identify this leakage issue by noticing some small mineral deposits build up around the valve. However, to resolve this issue, you have to replace the O-rings in the valve or replace the bypass valve completely to overcome this leakage issue.

There can be two main culprits if your water softener is leaking from the top. The first is the O-rings in the bypass valve. If these have not been getting lubricated frequently enough by you or a professional as scheduled maintenance, they may just need some lubrication. Otherwise, if you ignored them for so long then you may need a replacement.

The second is a rotor valve issue. This is how the water softener receives water. The chances of this issue are quite higher in older systems. If it is cracked, you will need to replace it.

If the resin tank is leaking from the bottom, you most likely have a cracked tank for one reason or another. The easy way to fix this is to turn off the water softener and clean the tank properly. Then you can mark and follow the crack to see how big it is and if it is repairable or not. If you will need to get epoxy that is rated for the job, and then prep the cracked areas that the epoxy will be applied to work properly for the epoxy.

If you notice that the leakage in water softener leaking from a hose, you should tighten the hose connection. However, if the tightening of the hose connection is not enough to stop the issue, it’s better to replace the hose.  Remember, water softener leaking from the hose is another common problem; there is no need to panic because this issue can be resolved within a few minutes by just tightening the hose.

What Happens During Water Softener Leakage?

A leakage in the water softener is annoying and creates several serious issues that need to be addressed as soon as possible. Here are a few most common things that you might experience during a leakage in your water softener.

Check Out: Best Portable Water Softeners (Keep with You while Travelling)

1. How do I stop my water softener from leaking?

Just follow the supply line to the water shutoff valve (it may look like an outside faucet). Turn the valve clockwise until it stops. This will turn off the water supply to the softener.

2. How do you fix a leaking water softener valve?

To repair the leak, push the bypass and hold down the recharge now button to relieve the pressure on the softening system. Now push in on the back of the bypass and remove the clips. Pull the bypass out and see if it wants to the dropdown. If it does, you will need to tie the pipes up so they are even to the inlet and outlet.

3. Where do water softeners leak from?

4. How Much Does It Cost to Fix a Water Softener?

1- What type of repair or fix is needed? If you know the repair that is needed, depending on its complexity and time consuming, then it will cost $10-20 for a new O-ring to more expensive replacement parts that go into the hundreds.

Hiring out or DIY? If you are hiring out then the labor for a professional who has all the knowledge and can repair it in 10 minutes will charge for an entire hour or two of their time. If you are doing the repair yourself, all you need to factor in is the time of the repair and the cost of materials.

The most common water softener leakage issues that have been discussed above can be resolved at home without even calling a professional. However, if you cannot identify the issue, it’s better to call a professional to resolve the leakage in your water softening system. Remember, ignoring a small leakage in the water softener can be very costly for you at the end of the year. It would be better to solve the issue as soon as possible with a small amount of money instead of increased water bills.